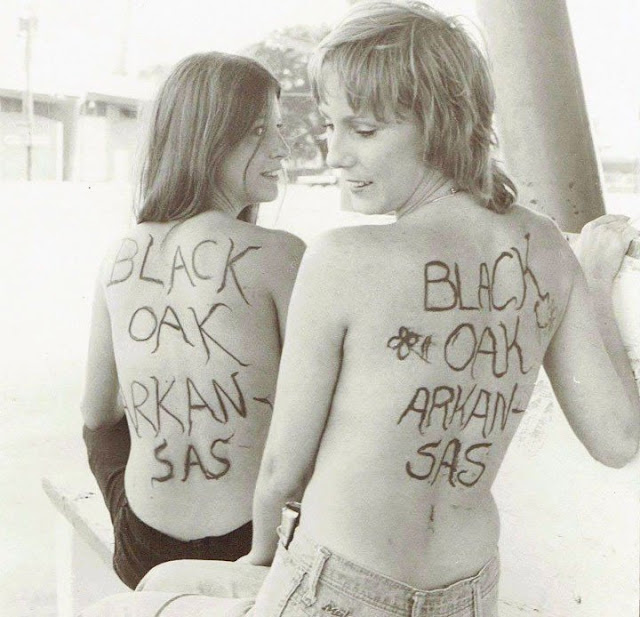 It is, of course, a well-known and indisputable fact that Black Oak Arkansas were one of the greatest bands ever to stomp their way across this spinning orb of ours.

How do we know this? They all came together for the killer tribute rekkid Mutants of the Monster (Saustex). by Josephus and the Georgetown Massacre (Joey Killingsworth). Hell, even Jim Dandy and Rickie Lee Reynolds of the original BOA show up for the festivities.

The rekkid is exactly as you'd expect, and that's a good thing.  Nasty, dirty, deep fried rawk'n'roll, with fist-pumpin'n'hill-stompin' southern swagger, a mountain of beer cans stacked in a backwoods clearing.  Somewhere there's a dick trapped in white spandex, and it's begging to be set free.  You know what we mean.

According to their website, all of Josephus and the George Jonestown Massacre's profits from sales will be going to The Savior Foundation, an organization dedicated to the prevention of cruelty to animals.  So, it's pretty much a win all the way around.

Shake yr devil fist, rawk'n'rollers!  Mutants of the Monster is available from Saustex!